Something almost beyond comprehension is happening to a girl on this street, in this house… and a man has been sent for as a last resort. This man is The Exorcist.May. 31, 1973USA122 Min.R
Your rating: 0
6 1 vote
10bit MoviesDual AudioHindi DubbedHorror

The Exorcist is a 1973 American supernatural horror film, based on the 1971 novel of the same name by Blatty. It is the first installment in The Exorcist film series, and follows the demonic possession of twelve year-old Regan and her mother’s attempt to rescue her through an exorcism conducted by two Catholic priests.

12-year-old Regan MacNeil begins to adapt an explicit new personality as strange events befall the local area of Georgetown. Her mother becomes torn between science and superstition in a desperate bid to save her daughter, and ultimately turns to her last hope: Father Damien Karras, a troubled priest who is struggling with his own faith. 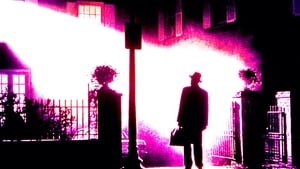